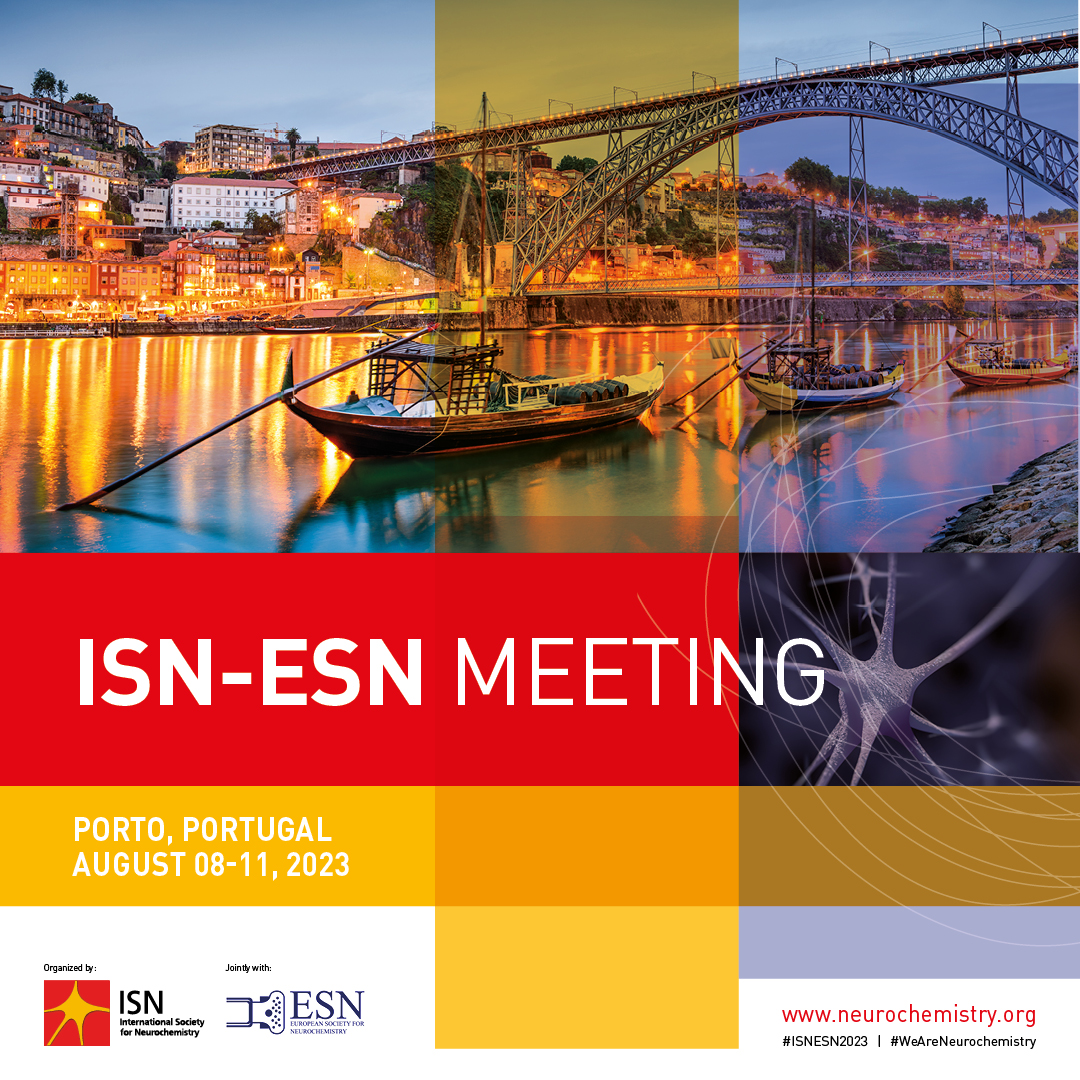 Every two years, on the occasion of its Biennial Meeting, the ISN awards up to two ISN Young Scientist Lectureship Awards.

These awards recognise eminent research achievements of promising young scientists. Neurochemistry is considered in its broadest context within molecular and cellular neuroscience.

Up to two young scientists, up to 10 years after the year the doctoral degree was awarded (at the time of the proposal), may be given the ISN award consisting of an honorarium and paid trip to the ISN-ESN 2023 Meeting in Porto, Portugal August 8 – 11, 2023 where they will need to present a 30 minute lecture (including discussion).

Candidates can be proposed either by a head of the department or a senior scientist.

To be eligible for this award, the applicant who is nominating must be an ISN member in good standing (membership fees paid for current year at the time of the application submission).

A full curriculum vitae of your nominee
A short description (with references) of the research accomplishments of the candidate
An abstract of the topic to be covered in the talk
A nominating letter from the Head of Department or senior scientist stating why this candidate should be considered for this award.

Deadline and dates will be announced soon|
The nominations will be reviewed by ISN Conference Committee. Click here to apply